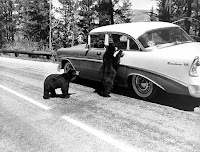 One of the neatest things about the internet, and specifically Facebook is that you can renew acquaintance with old friends. I am “Facebook friends” with a number of people I probably would have never again seen or known about if not for this cool tool. I’m looking forward to spending a weekend in Branson and seeing my old friends Pete and Janice, with whom I had lost touch for years.

And just last weekend Stephanie and I were invited over to Scott’s home. Scott is a guy I worked with about 10 years ago. And another guest that night was David, another co-worker from that same job. Our conversations picked up as if the ten years had never happened. My scope of friends has again expanded and I am richer for it.

I was saddened to hear of this great loss. Dennis was a good man and a true friend.
But the other side of that equation is finding out about old friends that have passed. I learned from them of the death of Dennis, a man in Phoenix I used to do network installations for. You may have read my story about being given a field sobriety test in Phoenix back in 2000. The reason I was in Phoenix was to install a system for Dennis.

Dennis owned a software company and needed someone to install his product, so mutual business colleagues hooked us up. At that time I was going all over the country installing systems for another company, so it wasn’t any problem to do his jobs too. One of the more interesting jobs I did for him was in Salt Lake City. But the reason that job was interesting is because Dennis was a devout Mormon. We spent hours sitting in restaurants drinking coffee and enjoying conversations about our respective religions. Well, I drank coffee. His church frowned on the intake of caffeine so Dennis drank diet coke. He explained that it was like a small lie as opposed to a big lie. I never fully understood that one.

Dennis was an avid outdoorsman, and enjoyed off-roading in his jeep. In July 2004 Dennis and his son Shane were off-roading in the Coconino National Forest outside Flagstaff, and their jeep pitched into a roll near the top of a hill. It rolled 11 times and struck a grove of pine trees. Dennis was killed instantly and Shane died at the scene.

I was saddened to hear of this great loss. Dennis was a good man and a true friend. And religious beliefs aside, Dennis had shared with me of his relationship with Jesus Christ. I expect to see him again, over on the other side. He’ll probably be waiting to give me a ride in his shiny new heavenly jeep.