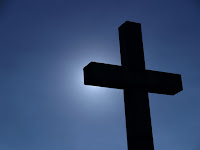 Maybe it’s because I wasn’t able to play football in high school, having to help out in the family business. Or maybe I just had more skeletal fortitude, but in my 53+ years I have never had a broken bone. Oh, I’ve had my bumps and bruises… but no breaks.

But let me to tell you about a little girl who wasn’t so fortunate. And what may be the most amazing thing I ever saw with my own two eyes!

I saw three… and then there were two, in almost the twinkling of an eye. But what happened to the third little girl?

The year was 1982 and I was the youth pastor of a mid-size church in Oklahoma City. The kids jokingly referred to themselves as “Reece’s Pieces”. One of my responsibilities – and indeed a great pleasure – was to take a couple dozen of “my kids” to youth camp that summer.

One of the greatest things about summer camp is the new friends you meet. We were sister churches with a church in Tulsa, a much larger church with more kids, and they invited us to come along with them to camp. They also invited a church from Little Rock. And not only did the campers and counselors from three churches congregate in the mountains of SE Oklahoma… God came along for the fun! And as it turns out, He’s had previous experience with tabernacles in the wilderness!

One particular afternoon most of the campers had taken the busses from the main camp area to the swimming hole down the road. But, for various reasons a few of the kids stayed behind, and they needed supervision, so I too stayed behind. And that’s when it happened. Within a five minute span I witnessed what may have been the most horrific event I’ve ever seen… and then one of the most amazing!

There were three little girls from the Little Rock church sitting on top of a large propane tank, like the ones you see at farm houses. They were probably 12 or 13 years old and just as silly as could be. I saw them there and walked over to see how they were doing, and to engage in a moment of silliness myself. I had been talking with them for a short while when I turned and looked away for a brief moment. When I turned back there were only two little girls sitting on that tank.

My mind was confused. It saw three… and then there were two, in almost the twinkling of an eye. I liken it to what folks will experience when the believers are caught away before their very eyes. But what happened to the third little girl?

Then one of the two, looking down at the ground behind the tank, screamed out, “Oh, my God… look at her arm!” I hurried around the tank to see this little girl lying on the ground with her arm broken. Sometimes when someone hurts their arm they go to the doctor to find out if it’s broken. But half way between her wrist and elbow there was an extra elbow. And the lower half of her arm was sticking straight out.

Any other time my instinct would have been to turn away from such a repugnant sight, but I was the adult, and the counselor… and all this little girl had! I scooped her up in my arms and headed up to the main building, praying all the way. And she was praying too… through her tears!

Standing on the porch of the main building was one of the leaders from her home church, so I headed toward him, with her still in my arms. And when he realized what was going on he immediately joined in the prayer. Then we heard it… a loud “SNAP”! And right there on the porch of that building at that state park in southeast Oklahoma, I saw God supernaturally set a broken arm! That extra elbow disappeared and her arm was made straight.

Please understand that nobody tried to straighten or “set” her arm. It wasn’t anything I did, or anything she did. It was something God did! And I’m not just repeating to you some story I heard some preacher tell. I was there. I had that little girl cradled in my arms when God set that broken bone.

They took her on to town for a doctor to have a look at it, and his x-ray confirmed that it had been broken. Then he asked, “Who set the break? He did an excellent job.” No doubt!

That night in tabernacle many arms were raised in praise to All Mighty God! And one of them had the cutest little pink cast on it!