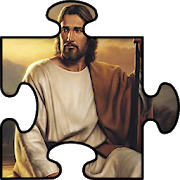 Picture if you will a giant jigsaw puzzle - several groups of people on all sides and every corner working on different sections.  A group on one side is working on the Faith section. A group in one corner is working on Prosperity.   Another group labors intently on Humility, while yet another focuses on Grace.

There’s a big Pentecostal bunch putting together the Gifts of the Spirit section, while a group of Baptists across the table are getting the Fruits of the Spirit together nicely.  The Pentecostals run across a Fruits piece and toss it over to the Baptists.
One who works the puzzle alone may move from one section to another, and back again, until the picture in front of him starts to look like the picture on the front of the box.
Sadly, Several groups are at the wrong table putting together the wrong puzzle headed toward the wrong result.  God help them.

But folks, even when we get the puzzle completed, we’ll still be able to see the lines. They’ll still be there because we will still be merely mortal men.  If we chose to focus on the lines that divide, the picture, though complete, will still appear blurred - fragmented if you will.   The pieces could still come apart leaving a gap in the picture.

Let's focus on the beautiful picture, not on the lines that divide - until that glorious day comes and we no longer need the image, but are walking side by side with Him, on streets of gold.
Even so, come quickly Lord Jesus!
at November 03, 2021 No comments: