My Spiritual Journey and the Resignation of a Pastor 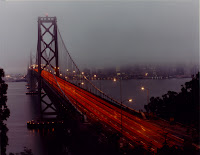 I was born on a Monday and though I don't personally recall, I'm quite sure I was in an Assembly of God church the following Sunday. Being raised not only in church, but in that specific denomination, I grew up dividing Christians into two categories - those who were members of an Assembly of God church and "the confused". I remember being at the ball park when I was about 10 years old, and seeing a boy that was selling candy for his church. I asked him what church he went to and he replied, "The best church there is." "You go to an Assembly of God church too?!" I asked. He boldly replied, "No, Church of Christ" (or some other denomination that I can't now recall). This is a true story and I am sincere in confessing it was that very moment that I realized everybody thinks their church is right - or at least the most right.

...this man was the bridge that I didn’t think existed - between what I was and what I am.
Fast forward to age 20. My dad went to a camp meeting in Tulsa and brought back cassette tapes of guys I'd never heard of - Kenneth Hagin, Kenneth Copeland, Jerry Savelle, Novell Hayes, Charles Capps... I heard things I'd never heard before - truths from God's Word that nobody had ever taught me, and I certainly had not discovered on my own. What dad stumbled into is what has come to be known as "The Faith Message" (also known as "The Name It and Claim It Message", "The Blab It and Grab It Message", and my all time favorite, "The Call It and Haul It Message").

A sidebar of explanation: These monikers all derive from the teaching that by applying faith in God to the words you speak, you have the spiritual power to cause things to come to pass. The secular equivalent of this might be "The Power of Positive Thinking". And while there is truth in this message of faith, it was abused ad nauseam by guys (like me) that wanted new cars and gold nugget rings. (Gold nugget rings? It was the 80's. You had to be there.)

But alas, this Faith Message was largely rejected by my Assembly of God denomination. The faith teachers were not invited into the A/G churches, and Jimmy Swaggart, arguably their foremost mouthpiece at the time, went so far as to brand it as Gnosticism in his monthly magazine, “The Evangelist”. But for me it was too late. I had already had a taste, and would not, in fact could not turn back. I left my spiritual roots behind and enrolled in Rhema Bible Training Center (Kenneth Hagin’s school in Tulsa - and ground zero for this bunch of radicals).

Lest you read sarcasm into my description of the faith message, please understand that in this “movement” I found my home, and now over 30 years later I still reside comfortably therein. I had not crossed the threshold of an A/G church in those 30+ years, and never expected to again. So you can only imagine the shock and irony I felt when God led Stephanie and me to visit the A/G church behind our house. I fully expected to step into a time warp; back to 1976, when I cast off the chains of that denomination and moved into the light.

Don’t get me wrong about the Assemblies of God. They are good people. The best! And I agree with their 16 fundamental doctrines…at least 15 ½ of them. They just didn’t seem to care to dig deeper into God’s Word. And their out and out rejection of the Faith Message was a line in the sand that I had stepped across. But that was then. This is now. At this church, Lakeside Assembly of God, I found a pastor that was spiritually qualified to knock that chip off my shoulder. But instead, he just smiled and said, “There’s nothing wrong with that Faith Message. That’s good stuff.” I wanted to make a mad dash for the door, so-as to not be injured when the roof caved in. But the roof held firm. And this pastor held firm…firm and true to the Word of God. Listening to Pastor Darren Pilcher preach I've reveled in services that felt like a faith message camp meeting. I’d gone back in time 20 years rather than 30; back to the spiritual times I cherished most. Truly I have found a new home.

But now Pastor Darren has announced that he is resigning the church – taking a position with the denomination. He says it’s God’s will and I have no basis to doubt or disagree. But this man was the bridge that I didn’t think existed - between what I was and what I am. And so this becomes very personal to me. Some board or committee or other entity is going to read resumes and interview candidates, and present me with my new pastor. Oh, I’m sure I’ll get to vote. And I do believe God answers prayer and has been grooming the right man for this job. I’m not worried, but I’m also not naïve enough to think God’s will just automatically falls in our laps. I’ve seen too many shipwrecks.

Pastor Darren and Michelle, I wish you Godspeed in your endeavors. And Lakeside/Highpointe members – let’s be sure we get this one right! Our future depends on it.