We remember the years past for various reasons; some good, some bad.  For example, in the year 2000 I went through a divorce, lost a job and buried my father.   But in the year 2017 I met and married the love of my life!  2019 provided me one of the most radical changes of all my days on this Earth.  Now, it may not seem like much to you, but to me it is life changing.  I bought a guitar.

All my life I have envied the guy who could pick up a guitar and play.  Not so much the rock stars with their fame and fortune;  I was more in awe of the guy at the campfire that strummed little tunes while folks talked and laughed.  I remember youth camp in the snow-covered Rockies, where we sat in a circle while one of the locals played the Beetles song, Rocky Raccoon.  I was so jealous.

When I was in my 20s, I came into possession of a guitar.  A friend at church tried to teach me how to play, but with one 30-minute session once a week, frustration led to despair as I determined I just “didn’t have it”.  And 40 years passed.

So how did this life-changing event come to be?  Here’s the funny part of the story.  My company holds a costume contest every Halloween, and I join in the competition.  Around mid-September I started thinking about what to “be” and Willie Nelson came to mind.  I don’t know why, but I have my suspicions.  The costume was easy.  Just buy a red bandana and make a couple of braids out of a wig I had around from previous years.  The whole thing cost a buck.  But as you probably realize, the props make the costume.  A Roman soldier needs his sword, a gangster must tote a plastic tommy-gun, and I needed a guitar.

I came across what turned out to be a really sweet classical in a nice hard case for 30 bucks and won 2nd place in the contest.  But the guitar was missing a string, so I got it restrung and that’s when I learned my first chord, and my first song.  That’s also when I learned enough to know my left-handedness would be an issue.   So, I gave that guitar to a friend and bought a “lefty”!

Six weeks later I had 8 chords mastered (well, learned anyway), and a couple dozen songs I could strum out.  This may be as good as I get.  If so, that’s great.  I’ll forgive myself for those 40 wasted years and strum out the rest of my days in bliss.

But frankly, I’m a pretty quick study.  Who knows, this time next year I might be touring with Waylon and Willie!

Posted by Reece Kepler 2 comments: Links to this post

Kindness in the Countryside

Suppose for a moment you are wandering through Bavaria in the early 1600s, poor, tired and hungry.  Then by happenstance, you stumble across a book lying in the trail as if placed there by providence, or the good Lord in Heaven.  Just as you reach for this leather-bound treasure, the wind whips the pages and presents you with page 348.

Of course, 348 has always been your lucky number anyway, so imagine your excitement as you realize the town just a few kilometers up the trail is Wettelsheim, listed right there on 348.

Being a smarter than average Bavarian, you know how to read, so you know that the header on page 348 - Geiftlichfeit auf  dem Lande - reads Kindness in the Countryside.   Now, if you can just find the home or place of business of this Pfr. Hr. Georg Ulbecht Kepner, you know you shall have bread, wine and shelter this evening.

I hope you enjoyed this little foray into fantasy-land.  I certainly did.  See, Georg Ulbecht Kepner is my 10th great grandfather.  But, as an enthusiast of my heritage, today I learned something new.  Grandfather Georg from the old country, Herr. Georg Ulbecht Kepner, was actually Pfr. Hr. Kepler; Reverend Herr Kepler!

My father was a man who loved God and eschewed evil, as was his father and his father… and most assuredly his father also!  I have always known I came from a long line of Godly men, pillars of the community and servants of the church.  But little did I know how deep that heritage runs.  My 10th great grandfather was known throughout Bavaria as the man to seek out for a kindness.  Of course, you probably wouldn’t find him at his house.  He was more likely out doing his Father’s business.

So must I.
Posted by Reece Kepler No comments: Links to this post


It was actually two cardiologists who developed the theory that there are two types of personalities; Types A and B.   They observed that folks who are more competitive, outgoing, ambitious, impatient or aggressive are Type A.  Of course, the more mellow of the species are Type B.  They surmised that Type A’s have a greater chance of developing coronary heart disease, while B’s are generally more satisfied with life.

I suppose, technically speaking, we can create categories; be it home town, hair color or handedness.   But, my point is this – Don’t lose who you are, trying to be what “they” think you should be!  You are one of a kind – uniquely designed and with a path all your own.  So, discover the exceptional gifts you have been graced with, and strive to develop those.  Grow into who you are meant to be, and see if you aren’t a bit more satisfied with life.  And I’m betting you’ll live longer too!

Posted by Reece Kepler No comments: Links to this post

I’ve always wanted to share with you my most endearing nickname.  But until recently I could not, because I couldn’t figure out how to spell it.   Let me explain.

When I was three years old my family moved to Perryton, Texas for dad’s work.  Dad worked with a group of Hispanic men, and they all fondly called him by a nickname.  Dad liked the name, and passed it down to me.  I’ve always wanted to use it as a screen name, or have it stamped on the back of a belt, or something to honor dad.  But I just didn’t know how it was spelled.  The name was pronounced KAW – ROWL.

I loved to hear dad walk in the house after work and yell, “Where’s KAW-ROWL?”  But what did that mean?  And how was it spelled?  Dad said they told him it meant Red in Spanish.  But I took Spanish in 5th grade, and I knew the Spanish word for Red is Rojo.  So, the mystery lingered.

Then, a couple of weeks ago, I was visiting with a relative of a relative who is Hispanic.  I asked him if he knew what KAW-ROWL meant.  He gave me a puzzled look, so I told him the back story.  “OH”, he exclaimed.  “You mean Colorado!”

Colorado?  Isn’t that a state?  Well, yes.  But it is also another word for red, in Spanish.  Of course, you have to put a heavy roll on the R (and apparently, the D is silent?)  After half a century, Mystery Solved!

So, if you like, you have my permission to call me Colorado.  But if you do, please pronounce it KAW-ROWL, with a heavy roll on the R.  And up in Heaven, Dad will be grinning!
Posted by Reece Kepler No comments: Links to this post

Wasn’t it Al Capone who said, “Vote early, and often”?  That’s the Chicago way!  And we’ve all heard reports of people voting from their graves in Colorado and California.

Then there’s the famous quote ascribed to Communist leader Joseph Stalin that goes something like this; “Those who cast the votes decide nothing.  Those who count the votes decide everything.”   It’s enough to make a soul cynical on the whole idea of democracy.  To echo that age-old sentiment, “Does my vote really count?”

The answer to that question may very well rest with how the votes are counted.  In days of old people marked their choice on a piece of paper and stuffed it in a ballet box (perhaps early and often).  And we stayed up into the wee hours of the morning to learn the results.

However, in the Information Age that is the 21st century we have optical scan devices and direct recording electronic (DRE) systems with touch screens.  These methods were designed to count the ever growing number of voters in a quick and organized fashion.  Thank goodness for technology!

But then Princeton professor Andrew Appel showed us how he can hack an electronic voting machine in 7 minutes, skewing the results at his whim.  His message was simple – the machines we use to vote are less secure than the smartphones we carry in our pockets.  And our angst grew deeper.  So now we swallow hard and head to the polls, trusting the powers that be to count the votes as closely as possible, and perhaps with the help of divine providence get the candidate we actually chose.  At least that’s what I’m doing.

So, remember to vote on Tuesday, November 8th.  Hey, it’s a civic responsibility, but also a privilege to have your say!  Just watch out for hanging chads!

Graphic designed by Freepik
Posted by Reece Kepler No comments: Links to this post 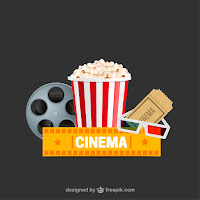 Posted by Reece Kepler No comments: Links to this post