Crime of the Decade 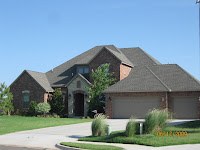 Every decade or so I am presented with the opportunity to commit a crime for personal gain. Am I incredibly honest, incredibly naïve, or just the average guy that keeps company with crooks?

The 80s
In the early 80s I was working in construction, building inexpensive houses that may or may not still be standing today - I would fear for my safety to go back into those neighborhoods to see.

The builder to whom I was employed was also into real estate investments, buying houses to rent out and depreciate for a tax shelter and a hefty profit. He had a standing offer – anyone who would buy a house on an FHA loan and then sign it over to him after six months would make $500 for their efforts.

I'm batting three for three in the "Kickbacks for Christians" program...

See, back in those days FHA backed loans could be signed over to a new owner without that new owner having to “qualify” for that loan. The term was “simple assumption”, and because of it many people owned houses who had no visible means make the payments. Hmmmmm… sounds oddly familiar, huh!

“But why the six month wait?” you might ask. Well, FHA backed loans were supposed to be so that Americans could realize the dream of home ownership. So the misuse of the program by investors was frowned upon by the law of the land. In other words… it was a crime. So if a new buyer were to immediately sign over his loan it would be an obvious violation. But wait six months, and the deal would probably fly under the radar.

So profitable… and so illegal – and I had the credit worthiness to obtain such a loan. I found the whole thing most uncomfortable, not so much because this guy was my boss, but because he was also a deacon at my church! Several months later, when news of FHA fraud investigations were reported, I was so glad I passed on the offer, and watched the newspaper for his name.

The 90s
In the early 90s, in a time of financial hardship, I was offered the opportunity to go to Phoenix and move a computer network for a company. I was the guy that had installed their system and so when they decided to move they called me. It was a chance to make a good deal of money for one week of hard work.

The manager of the branch asked me for a quote, but told me to “pad” $1,000 into the quote for him. I toiled with the concept – I looked up the Arizona statutes on fraud on the internet, and was assured that what I was being asked to do was a crime. And so, I refused to do it. I told him he would need to get somebody else because I wasn’t going to pay a kickback.

But he asked me for my quote anyway, and so I submitted it - without the kickback. He took my deal and I made 4 grand in a week. Did I mention that this guy was a church going “Charismatic” Christian?

The Aughts
Stephanie and I have been blessed with a beautiful home. But it almost didn’t happen.

When we first saw this house we fell in love with it. But it seemed out of reach for us. It took a brazen show of nerve to even pursue the possibility. But pursue we did. We called the builder, talked figures and hammered out what appeared to be a “do-able” deal.

If there was a document that had to be hidden from somebody, if there was an untrue claim that had to be made, if money had to be “parked” in an account for the appearance of assets… anything that even hinted at being underhanded – and our deal would be a bust. We were assured by all that no such thing would happen, and so we marveled and crossed our fingers for closing day.

That day finally came, and we sat down, pens in hand. But the figures weren’t right. We were netting $1,500 too much. “Oh”, the loan officer explained, “we had to show you with a little more cash in hand for the figures to work. You just need to write a personal check back.” When I raised an objection I was told, “Everybody does it!”

And so I asked her, “Who is it that can’t know about this $1,500 check?” “The loan underwriter”, she answered sheepishly. “But everybody does it”, she reiterated.

Guess what – not everybody does it! We got up from the table to walk away from our dream house, frustrated at the deception sprung on us at the last minute. When they realized we were serious, and with the figures on paper as approved by the loan officer, she made a phone call.

Then three things happened: 1) The deal closed with the figures as approved by the underwriter; 3) Somebody else lost $1,500, and 3) Stephanie and I were able to buy blinds for all the windows in our new home. And again, the builder in this deal is a spirit-filled Christian!

I guess I'm batting three for three in the "Kickbacks for Christians" program! You know, they say every man has his price. That may be true, and I may have just not yet been offered enough to trash my integrity.