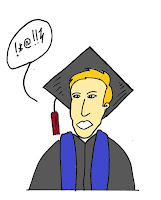 You know the word. It starts with an F. In fact, hundreds of words start with an F, perhaps millions more contain one. And yet if someone refers to “the F word”, you immediately know the reference, and you know what it means.   F-ing this and F-ing that!  But, as if we have not sufficiently perverted such a special gift from God, we now have a new acronym to be disgusted by, or to admire if that’s who you choose to be.

A true student of the Bible understands that sex is indeed a gift from God; an amazing bond between a man and woman that may even transcend the physical, playing a part in creating that “one-flesh” union outlined in chapter 10 of the Gospel of Mark, where it says, “What GOD has joined together…”

OK, you already know what the F stands for.  In case you don’t already know, the “A” stands for the word “as”. Just throw this combination of letters into your statement and you’ve expressed the full depth of your feeling on the situation. Easy AF, angry AF, happy AF.

One of my favorite programs is an old black & white western that plays on Saturday mornings.  I look forward to it all week long.  But to enjoy my show I have to endure a local car lot telling me it's how easy it is to buy a car from them.  It's right there in their slogan, it's in their jingle, it's even on their website - Easy AF.  Auto Financing, they say.  I can only speculate as to whether they intend the double entendre they so proudly employ.

One may think cursing is relegated to the lower class of society, gutter trash if you will.  But I have a friend who is a motivational speaker by trade.  He travels great distances to address groups of people who have come together to be inspired, to be motivated toward accomplishing greater things in their lives.  This man is highly intelligent and successful in his craft, and yet his writings are laced with this new catchphrase, AF.

It has been said that to resort to cursing shows ignorance. Yet ignorance is just a lack of knowledge, which can be remedied with education. I have always considered it more a lack of class.  But in fact, you may be surprised to learn that some psychologists now say that swearing is a sign of honesty and intelligence; that it contributes to society in a positive way.  It may not surprise you that those psychologists did not reference the Holy Bible in their research.  The whole thing reminds me of that verse about calling evil good and good evil.  (Isaiah 5:20).

I hate this world!