The nine month course offered by Rhema Bible Training Center passed quickly and, diploma in hand, I was licensed as a minister through an organization recommended by Rhema. And out into the world I charged!

After a year or two of working in the ministry I applied for ordination and ministerial credentials with a church called Faith Christian Fellowship, located in Tulsa and pastored by Kenneth Hagin’s son-in-law, Buddy Harrison. I received a letter to attend the ordination service where I would be presented with those credentials.

It was at that ordination service that one of the most momentous events of my life unfolded. See, I had read in the bible that certain men, when they were “separated” unto the calling that God had on their lives, had words prophesied over them confirming their call to ministry. And so I asked God for a word of prophesy to be spoken over me at my ordination.

...The Holy Ghost said, "Separate me Barnabas and Saul for the work whereunto I have called them." Acts 13:2

Oh, I had learned from listening to these teachers of the Word that seeking out prophesies for guidance and direction is not God’s plan. Going to his Word and spending time in prayer is God’s way of guiding his children. But this was my ordination service, and I felt I had Biblical precedent for my request.

And so the time came. All the men and women (and their spouses) who were there for ordination were called up front, standing across the front of the church in a line. Pastor Buddy Harrison, his associate Larry Huggins, and their entourage were moving from one end toward the other, laying hands upon and praying for those being ordained. I was antsy with anticipation at the word to be spoken over me.

And then Pastor Harrison moved to stand before my wife and me. And then he laid hands upon us and prayed for God to anoint us and guide us in our ministry. And then he moved on toward the next couple.

“That’s it?” I questioned - silently of course. “Where is my word from the Lord?” And while I didn’t feel cheated, I was nevertheless disappointed. I had not been one to seek out words from other people to guide my life. I had gone to God’s word and spent my time in prayer. And yet, this was my ordination, and I had asked God for a prophecy; just as I had seen in the Bible.


“Father, in the Name of Jesus, we lay our hands upon these –
...separate them whereunto they are called.


We declare and we decree that which you desire
to impart as their portion today.


We thank you Father that you give them
new and fresh words to say.


Blessings, blessings, they shall abound;
teaching, teaching, it shall be sound.


The utterance is going to come.
It’s going to be strong, clear, deep and sweet.


You’ll speak as the oracles of God;
so go ahead and yield to it.


And when that boldness comes on you,
don’t back up and get timid, but be strong, 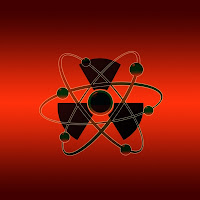 Perhaps you’ve heard of Karen Silkwood, the premier counter-culture icon of the labor unions, environmentalists, and anti-nukers of the world. Karen was working at a facility owned by a major oil company who had ventured into the nuclear arena. Her job involved making plutonium pellets for nuclear reactors.

Of course, she’s dead now. If you saw the movie Silkwood, starring Meryl Streep, you know this. But what you don’t know is what this has to do with me.

Well, as the story goes, Karen found some incredible negligence in the way the nuclear products were being handled (numerous violations of health regulations, including exposure of workers to contamination, faulty respiratory equipment and improper storage of samples). That plutonium is some pretty dangerous stuff, you know.


In spite of the damage to her car’s rear fender and the skid marks in the road, nobody was ever charged in her murder...


When Karen’s breath expelled contaminated air from her lungs an investigation was launched. She, as well as her home, was found to be badly contaminated. The major oil company claimed Karen caused the contamination to make them look bad, or to sell the story, or for whatever reason. Of course, Karen claimed it was from the aforementioned negligence. Others speculated that the major oil company actually planted the contamination to sully her name.

Karen decided to go public with the evidence. She claimed to have a binder full of documentation, and indeed folks in her home town of Crescent, Oklahoma later testified of the existence of such a binder. She called the New York Times and a meeting was set.

And so, on the evening of November 13, 1974, Karen Silkwood left Crescent, Oklahoma to drive to Oklahoma City 30 miles away to hand the evidence over to the journalist. But she never arrived. The next day her car was found in a culvert on the road to Oklahoma City – her body inside the car… the binder nowhere to be found.

Of course, everyone with half-a-brain assumed the major oil company “took care of her”… “had her bumped off”… But in spite of the damage to her car’s rear fender and the skid marks in the road, nobody was ever charged in her murder. In fact, it wasn’t even officially ruled a murder – but an accident! And in fact, in the longest running civil suit in the history of the state, the major oil company paid Karen’s family $1.38 million, and got out of the nuclear energy business altogether.

BUT… what has this got to do with me?

Well, remember that investigation that found contamination at Karen’s home? In the course of the search the authorities did a lot of damage. Later Cher Bono brought Karen’s boots into my father’s shoe repair shop to be fixed. (OK… it wasn’t Cher Bono. It was Karen’s roommate - Cher Bono just played her in the movie).

And so I got to tear off the soles and heels from the late Karen Silkwood’s Nocona boots, so that my dad could make them like new again.

So why am I telling you this? Two reasons – One: I don’t know if anybody but me knows this story, and I wouldn’t want it to be forgotten. And Two: it might explain why my fingers glow in the dark!