To The Moon, Stephanie 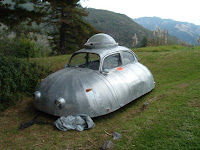 Every year my wife Stephanie and I take a vacation. If you don’t get away from it all at least once a year, you should! I used to have a pastor that said he got away one day a week, one weekend a month and one month a year. I remember wondering if he takes one year per decade. How about one decade per century?

This year we’re considering an unusual destination for our trip – The Moon!

See, I saw a news report that the President has nixed the funding for NASA to go back to the moon. Folks, nobody in this country that’s my age or younger can even remember a United States of America without a space program. So I figure it’s our patriotic duty to do this thing.

“How can you get to the Moon?” you might ask. Well… I think I have that figured out. We’re all aware of the fact that the entire technological capabilities used by NASA for the Apollo missions can now be duplicated with one laptop computer. As it happens, I have a laptop computer. In fact, in the spirit of the redundancy that is so important in space exploration, I actually have two laptop computers. Well, one is Stephanie’s, but if she’s going along I’m sure she won’t mind loaning it to the cause.

“But do you have a rocket-ship?” you might ask. OK… good question. I remember this movie I saw once, starring Andy Griffith, where they used a cement mixer truck as a rocket ship (the mixer part, not the truck part). So I know it’s do-able. Now I can’t afford one of those big cement trucks, and I’m afraid a scaled down, home-use model might not have a big enough mixer can for... uhummmm - my can (as it were). Besides, I’m not going alone. Stephanie is going with me. So I did some figuring, and I determined that a Volkswagen Beetle is about the same size as a commercial cement mixer. It’s also about as ugly – but that’s just one man’s opinion.

So, for the price of a used VW Bug and a bunch of Tang we’re off on the adventure of a lifetime. We enjoyed the Rocky Mountains last year, but I’m guessing they will pale in comparison to this trip. Last year we fished. This year I’m thinking I’ll take my golf clubs. I understand you can get a lot of distance out of your driver up there.

“But can you muster the G-Force necessary to leave the atmosphere?” you might ask. Boy, you’re sure full of questions today! Do I drill you about all the details of your vacation? OK… fair question I guess. I figure if NASA isn’t using those solid rocket fuel cells maybe they’re going to be offered in a Government Surplus Auction. I’m watching the website, to place my bid. I’ll just duct tape one of those babies to my Bug – problem solved.

“But those Bugs have a pretty thin skin. Aren’t you worried it’ll burn up on re-entry?” you might ask. Who says we’re coming back?! Of course, if you go somewhere and don’t come back, that’s not a vacation – it’s a move. Maybe I better get a U-Haul truck for this trip… and a couple more of those surplus fuel cells!

Of course I’m just kidding about not coming back. We always pretend we’re not coming back. But I’ve never taken a vacation where I had all the details worked out in advance. We’ll deal with getting there first. Then, when we’re ready to come home we’ll figure out the particulars of the return trip. And I’m thinking that by then there’ll be new technologies to provide us with an easy answer.