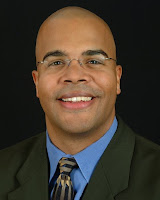 Personally I blame the affordability of air conditioning for herding people off their front porches and into their living rooms… well, that and television. Before those two “modern miracles” folks used to stroll the avenues, waiving and ‘howdy-do’ing’, and everybody knew everybody. Now we can live in the same place for years and never learn the first names of our neighbors, or where they work, or what they do to unwind.

A couple of years ago Stephanie and I moved into a new home in a new subdivision, and frankly, coming from an area of more humble incomes, I wondered what kind of folks we’d be living among, and how well received we would find ourselves. I didn’t have to wonder for long. On the afternoon of our first day, two… count ‘em, two sets of our new neighbors introduced themselves. Kim and Mary Beth even presented us with a home-baked apple pie!

I started addressing Patrick as sir and referring to him as The Distinguished Gentleman. Then it dawned on me where that term comes from...
Having similar interests with our new neighbors Patrick and Angela, we became fast friends, and even met up on vacation in Vegas. They flew, we drove. Oh, we had our separate agendas. We didn’t do everything together. Stephanie and I had a dress-up evening where just the two of us went to dinner in our Sunday best. And we marveled at how we were treated - the respect shown us because of our attire. People actually scurried to clear a path for us.

It’s amazing the respect shown a well dressed person in Vegas... as you will soon see!

Patrick had a business conference one day, and so he dressed up… way up – suit and tie. Patrick is a handsome man anyway; a black man with the popular shaved head look, a little on the tall side and with an athletic build, and a personality that could sell… well pretty much anything to anybody. After his meeting he gave me a call and I swung by and picked him up.

Now, if you fly into Vegas you probably never get off the strip, except maybe for that one memorable night downtown. But because we drive out, I know many of those out-of-the-way places where the locals go to play. The girls had scheduled a day of shopping, so Patrick and I drove out to a casino I knew that had dollar craps (on the strip you can’t shoot craps for less that 5 bucks a play). We carved out our positions at the craps table.

I’m not sure where the thought originated - I would think it’s because of how sharp he looked - I started addressing Patrick as sir and referring to him as The Distinguished Gentleman. Then it dawned on me where that term comes from. That’s how U.S. Senators address one another.

About that time Patrick tossed a chip down and declared, “This is for the boys”, a term that indicates he is placing a bet for the dealers – that is, if it wins, the bet and its winnings go to them as a tip. Of course, if it loses, it loses. The stickman didn’t see where the bet came from, so he asked. I immediately pointed to Patrick and said, “The Senator placed that bet for the team”.

Thenceforth, and for the remainder of the session not only I, but everyone at the table referred to Patrick as “The Senator”. I tried to work into the conversation how I was a bodyguard or a driver, but I had my tourist costume on, you know – shorts and a Hawaiian shirt, so I’m sure they concluded that I was the Senator’s brother-in-law or some other social appendage whose company he was forced to endure.

Stephanie and I had a great time that year. And I’m sure Patrick and Angela had a wonderful time too. But just think of all those locals at that craps table… the old geezer with the oxygen tank, the off duty cocktail waitress, the construction worker from Phoenix that had chased the building boom to Sin City. They ALL have the story of their life – I shot craps with a U.S. Senator! And they have us to thank for it.

How much you wanna bet they’re all at home right now watching C-SPAN to catch a glimpse of Patrick? I know a place that will give you great odds!
at February 20, 2010