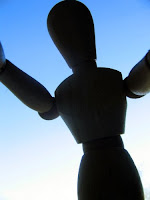 Depending on whose list you believe, the greatest fear that faces mankind is either dying or speaking in public. And really, most people that are forced to speak in public will tell you they’d rather face death. I don’t know if it’s true or not, but I suspect most dead people would rather be speaking in public. I guess the worst case scenario would be to die while giving a speech about dying!

While facing the rigors of bible school I was simultaneously dealing with the dread of my first speaking engagement. I had a call from God on my life, of that there was no doubt. And I wanted more than anything to go out and preach… or teach. But would I be able to stand up in front of live human beings? And if so, and I raised my finger and opened my mouth, would sound come out? Or would my knees just lock up, causing me to pass out and knock over the podium?

Would I be able to stand up in front of live human beings or would my knees just lock up, causing me to pass out...
A few weeks before graduation I got a call from a guy I knew that was the leader of the singles group back at my home church. He asked me if I would like to come and speak to his group. And so I had my first engagement. I can’t begin to express the inner turmoil I faced at the thought of public speaking. But after enrolling in bible school and moving to Tulsa and attending bible school and graduating, I couldn’t just hide under the bed for the rest of my life. So turmoil or not, it was full speed ahead. I studied and prepared an outline.

And then the day came. I had decided to show up, and when asked, I would stand up and open my bible and raise my finger and open my mouth. And that’s where my plan ended. I figured if I made it that far, the rest would have to just work itself out.

And then the service started… with praise and worship. And then I was introduced. And I stood up and opened my bible and raised my finger and opened my mouth.

30 or 40 minutes later I realized I needed to wrap up or these people might think I was long winded. I was so pumped. I had faced the fear of speaking in public and delivered my first sermon on the same evening! And, as if successfully getting through the first sermon wasn’t enough, a man came up to me and told me that my topic had answered some specific questions he had asked God that very week. WOW!

A few weeks later this same group asked me to come speak again, and of course I jumped at the chance. I remember that night well because of something unusual that happened. The praise and worship portion of the evening just didn’t seem to want to end. Finally the leader said, “I think God wants to do something before we can move on.”

So I approached him, and said “God wants me to pray for you before we can proceed with the service.” He seemed excited about the prospect and agreed wholeheartedly. So I prayed for him.

Now, for those of you who are serious students of the bible, that would be an example of a word of knowledge – one of the gifts of the Spirit Paul cataloged in the 12th chapter of 1st Corinthians. And I can assure you it is an exciting thing to be used of the Lord in such a manner.

As soon as the prayer was over the ‘restraint’ lifted and we were able to proceed with the service. And I was fired up. If I had any lingering fears of public speaking those fears were afraid to show themselves. Now, I wouldn’t say I never have apprehensions when addressing a crowd, but they are slight, and they pale in comparison to the excitement of getting to speak.

You probably expect me to close this with one of those ‘face your fears’ speeches. But the truth is - with the phobias I still deal with I’d feel like a hypocrite. And I have the worst fear of being a hypocrite.