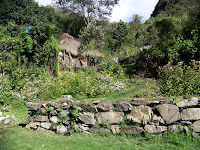 Kidneys, intestines, lungs, stomach, but oddly, not the heart... And nothing else, except what must be buckets of blood and a set of dog tags on a broken chain, wrapped around what appears to be the liver.

“This is obviously the remains of a human being and not the gut pile of a muntjac deer left behind by a local hunter,” Warrant Officer Kenton thought to himself, as he picked up the dog tags and read aloud, confirming what he had been told, “Private First Class Gerome Maxwell Barefoot, Protestant”.

It was November 1967 in South Vietnam and Warrant Officer John Marshall Kenton was deployed to CID, the US Army’s criminal investigative unit responsible for enforcement of military law involving US personnel. Illegal drug activity among the troops was the business of the CID, and business was brisk!

Warrant Officer Kenton had seen stranger sights in these war torn jungles of Southeast Asia; various body parts, bodies with missing parts, soldiers tortured by the enemy, and even sometimes by their own brothers-in-arms. But in his 14 months with CID he had never seen or heard of a case where there was just a pile of human guts and nothing else.

Private First Class Barefoot was a known drug dealer; one of the area’s biggest suppliers of heroin to Uncle Sam's chosen sons. And as such he has been under Kenton’s scrutiny for several weeks. Barefoot had been completely off the radar for several days, and it was naturally assumed his disappearance was due to some criminal activity and not an act of war. So when this grizzly scene was found by a squad of soldiers on night patrol, Kenton was immediately called.

In what appeared to be mere coincidence, Kenton’s investigation of Private Barefoot’s activities had recently taken him to a small village not two klicks from this very spot. He had received reports that Barefoot was seen traveling to and from this small village on several occasions, and it was his job to learn why. And so, with his interpreter, Cao An Dung in tow, Kenton mounted his jeep and headed for the village.

Cao tried to warn Kenton of the dangers of charging in, unannounced and uninvited; especially in these smaller, jungle villages. Remote villager dwellers, in their seclusion already did things their own way, and with the burdens brought on by the war, there was really no way of knowing what to expect when you just drive right into their midst. Like as not you will be turned away post haste - maybe with your life and possessions intact, maybe not.

But Kenton had a way with the locals. He spoke just enough of their language to catch the gist of what was happening, and when he did find himself in the dark, either of what was being said or what custom was being practiced, he had a self abasing way that was usually accepted as endearing. And that, coupled with his downright brash self confidence gave him the gall to forge ahead, in spite of better judgment or Cao’s reservations.

After a three hour ride on what would not qualify as a road anywhere outside a hot war zone, Kenton and Cao were relieved to reach the village; but it was a relief tempered with apprehension, as their visit was not scheduled, invited or even expected. But fortune smiled on them that day, as the local chieftain actually acted pleased at their arrival. Kenton wasn’t sure how to take that. Perhaps the chieftain was expecting someone else, and in a case of mistaken identity they were welcomed with open arms. But if that was the case, what on Earth would that someone else’s business be? Kenton recognized that an extra degree of caution was in order.

Kenton clasped his hands together above the waist and bowed. The Chieftain, impressed with his humorous attempt to honor their custom, reached out his hand to pay honor in kind to this American with his custom, the handshake. And a bond of friendship was immediately formed. Chalk up another one for the Kenton charm.

The Chieftain then introduced Kenton and Cao to his family which consisted of a very obese and unattractive woman who appeared to be about the same age as he; 150 give or take, Kenton surmised; and a whole bevy of children. The eldest child was a girl Kenton guessed to be about 18 or 19, quite fetching, and obviously at least 3 or 4 months with child. Her name, Tuyen, was the only one he remembered, since he had known another Tuyen… briefly.

Kenton had questions for the chieftain and he was anxious for answers. “I want to ask you about a soldier named Barefoot,” he said. But the chieftain was having none of it. With Cao’s assistance the chieftain informed Kenton that mature men do not conduct business before dining, and the dinner hour was at hand. And so an invitation was offered.

“If it means swallowing hard and eating what’s put in front of me to get my answers...” Kenton thought to himself. And so he joined the chieftain and several others sitting on a straw mat around a crudely constructed table adorned with… well, Kenton was not sure what the fare-de-jour was.

But while the chieftain was not yet in a talking mood, Kenton already had his answers - at least some of them. Even a novice investigator could not have missed Tuyen’s reaction when she heard the name ‘Barefoot’ spoken. Her immediate gasp combined with the look on her face and her hands moving to embrace her tummy told Kenton that Barefoot’s business at this village was less about dope than the activities that led to the little baby Barefoot growing inside Tuyen.

“What am I eating here? What type meat is this?” he asked. Cao asked the chieftain, and then smiled and said, “The closest translation would be, ‘favor yourself - pretend it’s wild boar’”.

Kenton assumed it was one of those gigantic jungle rats the soldiers dread. “Wait 'till the folks back home hear I sat in the jungle and ate rat with half naked people”, he chuckled to Cao.

With dinner behind them, the two new friends sat and drank a concoction brewed by the chieftain, and talked of war and family. “Not bad hooch”, Kenton said and Cao translated. The chieftain grinned widely and promised a jug as a parting gift.

But when the conversation turned back to Gerome Barefoot the chieftain clammed up. Now frowning, he just mumbled the same phrase over and over, which Cao translated to mean, “…never heard of him.” But pregnant Tuyen’s earlier reaction told a different story.

That was Kenton doing his job two evenings ago. His job now is to make sense of this pile of guts either left by Private Gerome Barefoot or left of Private Gerome Barefoot. There was an obvious path leading from the slaughter, into the jungle. And so he followed the trail, and within 50 feet he found another gruesome site. There lying in the middle of the makeshift trail lay a severed head. It was swollen, discolored and mangled, but Kenton still recognized it as formerly belonging to Private Barefoot. He had seen that distinctively deformed left ear on more than one occasion.

Two hours later Kenton found himself hiding behind a bush looking out over a small jungle village.

“This village looks eerily familiar”, Kenton whispered to himself. “Is this… yes, it is.” It was the same village he was in two nights ago. And so his suspicions were confirmed – it was not a coincidence that the Barefoot investigation lead him to a crime scene so close to the chieftain’s village.

From his vantage point he can see a large fire in the middle of the village square, with a black pot on the fire, and cuts of meat hanging from hooks nearby. He hadn’t seen that two nights ago, but two nights ago he had approached by way of the road; not the jungle.

But wait – what kind of meat is that hanging there, waiting to be cooked and eaten? And then Kenton realized it. He was standing there looking at a human leg on a hook. And as if a light was turned on, Kenton saw the irony that attached to that leg is an American soldier's foot missing its sock and boot - Private Barefoot's bare foot!

“OH MY GOD”, he grimaced, clutching his stomach in a way not unlike the chieftain’s daughter Tuyen had 48 hours before. “I ate there just two nights ago.” And he realized that, in a way, he and Tuyen shared the same malady. They both had a little Barefoot inside them.

And sitting there in the jungle facing the putrid reality of it, all Warrant Officer John Marshall Kenton could think was, "I wonder what rat really tastes like!”