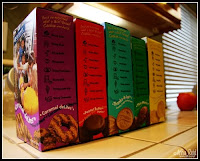 The other day I was daydreaming about this year’s vacation – where to go – where to stay when we get there. I did some looking on-line at the town we’re considering for our get-away and saw the Four Seasons Inn. That got me to thinking… where did anyone come up with the idea that there are only four seasons?

OK… granted, there may be four seasons of weather. I say “may be” because if you’ve ever lived in Oklahoma you know that some years there may only be two or three seasons. How often do we see winter fast forward into summer with springtime just a faint memory from years past? And likewise summer to winter. Is this nature’s way of trying to cheat us out of seedtime and harvest… perhaps an attempt to thin the herd?

So you see - there aren’t just four seasons… probably closer to four thousand. And everybody has their favorite...
But how can you talk about seasons without paying tribute to the most popular seasons of all – sports seasons. The primary sports seasons are football season and baseball season. And then there are a few others - what I like to call secondary seasons – to fill those voids between the primaries.

Basketball season comes to mind… and volleyball season, badminton season, ping pong season and everyone’s favorite of late – curling. You remember curling don’t you? That’s where you project a 42 pound granite stone from one end of an ice rink to the other. It’s kind of like bowling, only you wear a coat. Oh yeah, and there’s bowling season.

When I was a kid we had bona fide television seasons. The Andy Griffith Show ran for eight seasons, with 30 or more episodes in each one. Today’s programs just don’t have legs. One of the more popular shows right now is Burn Notice; a spy show on the USA Network. Its first season had a whopping 12 episodes… 12… yep… twelve. No legs.

So you see - there aren’t just four seasons… probably closer to four thousand. And everybody has their favorite. I haven’t even mentioned my favorite season of the year – Girl Scout Cookie Season - that’s my favorite! What’s yours?

Four Seasons? Pishaw! I think we’ll stay at a bed and breakfast!

Gotta run now. See, it's my favorite season of the year, and I'm going to go celebrate!